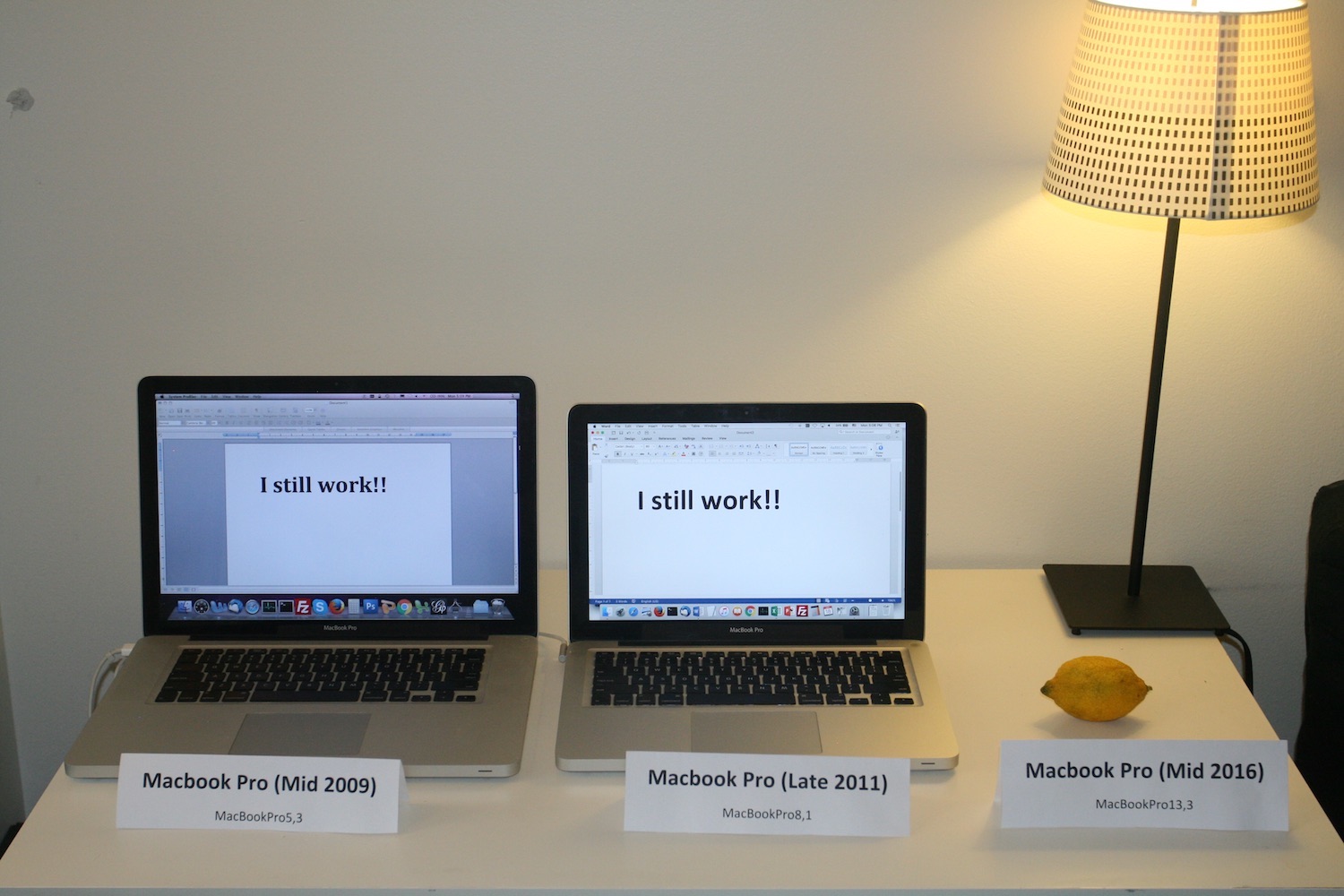 How hard can it be to get an appointment (this is Apple, of course – I must be grateful for the benevolence of the magnificent company in deeming itself able to allow a visitation from a humble customer such as myself) to repair this, still bbrokenn bby designn Macbookk? At the moment, quite hard – in fact, impossible, according to the Apple UK website:

It’s failed again! It’s no surprise to hear that there have been at least two class action suits filed against Apple about this – it’s evidently a design fault that has not been remedied, and perhaps, given the length of time this has gone on, never will be. For those keeping track of the distribution of failing keys, this time it’s the ‘n’ key – there certainly seems to be a clear pattern in my case of keys in the middle of that row failing (even though the entire top case gets replaced each time).

I’ve used a MacBook Pro as the main computer I interact with directly (i.e. not as a server) since 2009, and so far I’ve used three of them, as depicted in the photo above. The first two – a 2009 model and a 2011 model – worked great, and are still in perfect working order today, having never had a serious hardware issue or needed any repairs. The third – a 2016 model – was unable to make it into the photo above, as it currently resides at the local Apple Store, awaiting its third major hardware replacement since it was purchased almost exactly eight months ago in January 2017. Standing in for it is a piece of fruit which will be just as – if not more – useful to me over the next couple of weeks while traveling overseas.

The problem with this MacBook Pro relates to the keyboard. Mine first failed after about three months of (very) light use (as I normally use external keyboards with it and so only rarely use the built-in keyboard); the B key started randomly repeating when pressed, and sometimes not being recognized when pressed. This was pretty annoying as I was traveling overseas with it at the time, and it was about a month before I was able to get to an Apple store with enough time to allow them to fix the issue, by which time the same problem had spread to several other keys as well. Their fix was to replace the entire keyboard assembly (together with other things that apparently have to be replaced together with it as a unit, including the battery). This seemed to fix the issue, although they also damaged the laptop at the same time, necessitating a second lengthy repair.

So imagine my surprise three months later, having just got on a plane to Asia when, upon opening up the laptop – with this new, completely replaced keyboard – I found myself again seeing “probblems” and “discombbobbulations” – the B key (again!) had developed the same fault. Given that this was not the original keyboard, but a completely replaced unit, this seems strongly indicative of a design and/or manufacturing flaw with this model, which won’t be fixable unless Apple modifies the keyboard design. Unsurprisingly, I’m not the only person to have experienced this:

At my third “Genius” appointment, I established the following, which may be useful to others in a similar situation:

Fortunately I still have my older MacBook Pro which has been far more reliable, so I’ll be using this as a backup while I wait for the next inevitable hardware failures with the 2016 unit and the accompanying lengthy repairs. I leave you with top-secret leaked news of Apple’s prototype for the 2018 MacBook Pro keyboard (this reference may be tricky for non-UK readers): 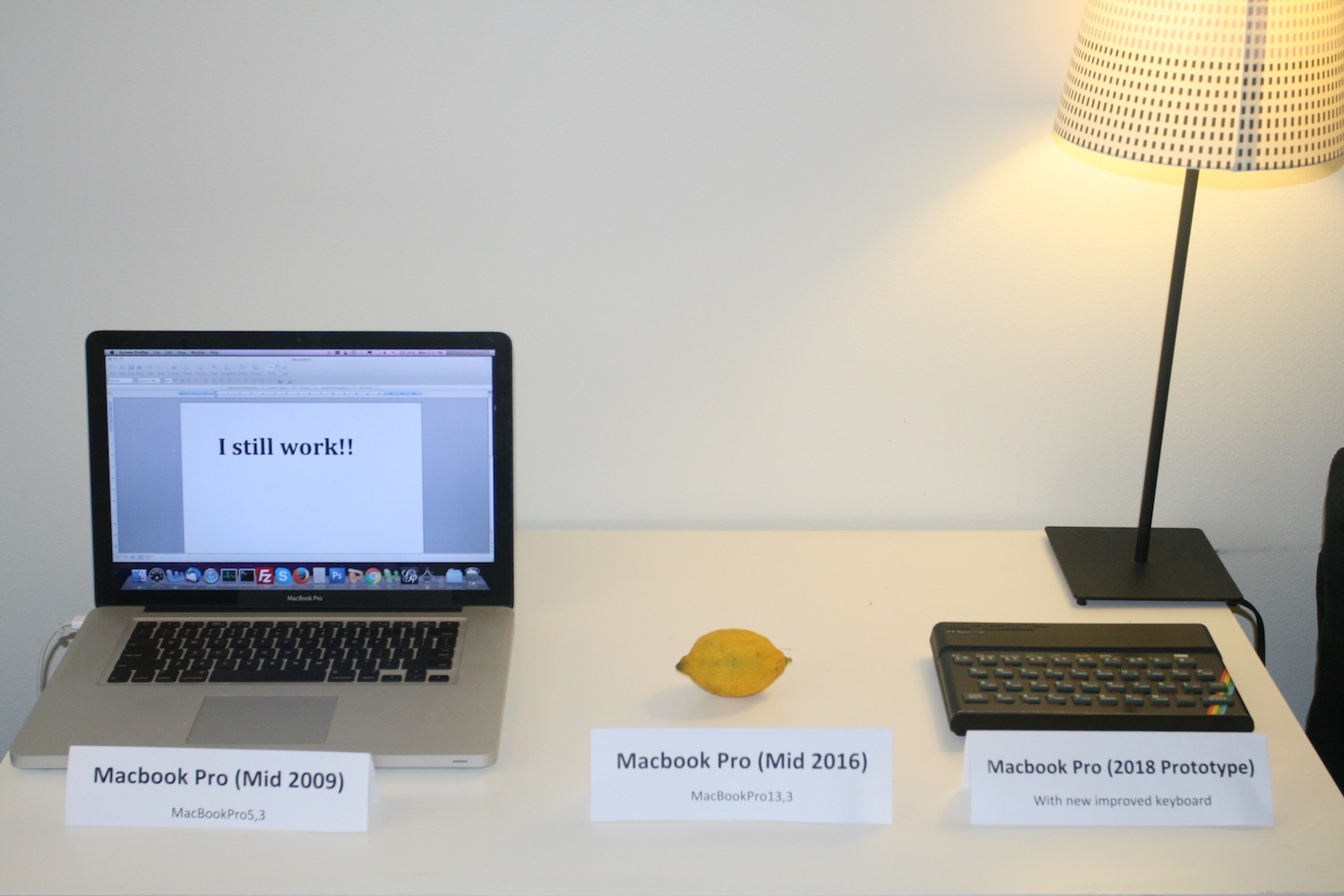 This entry was posted in Off topic. Bookmark the permalink.