While transiting at Schiphol and using the airport wifi, I noticed the sudden appearance of a bunch of adverts on normally advert-free websites. For example: 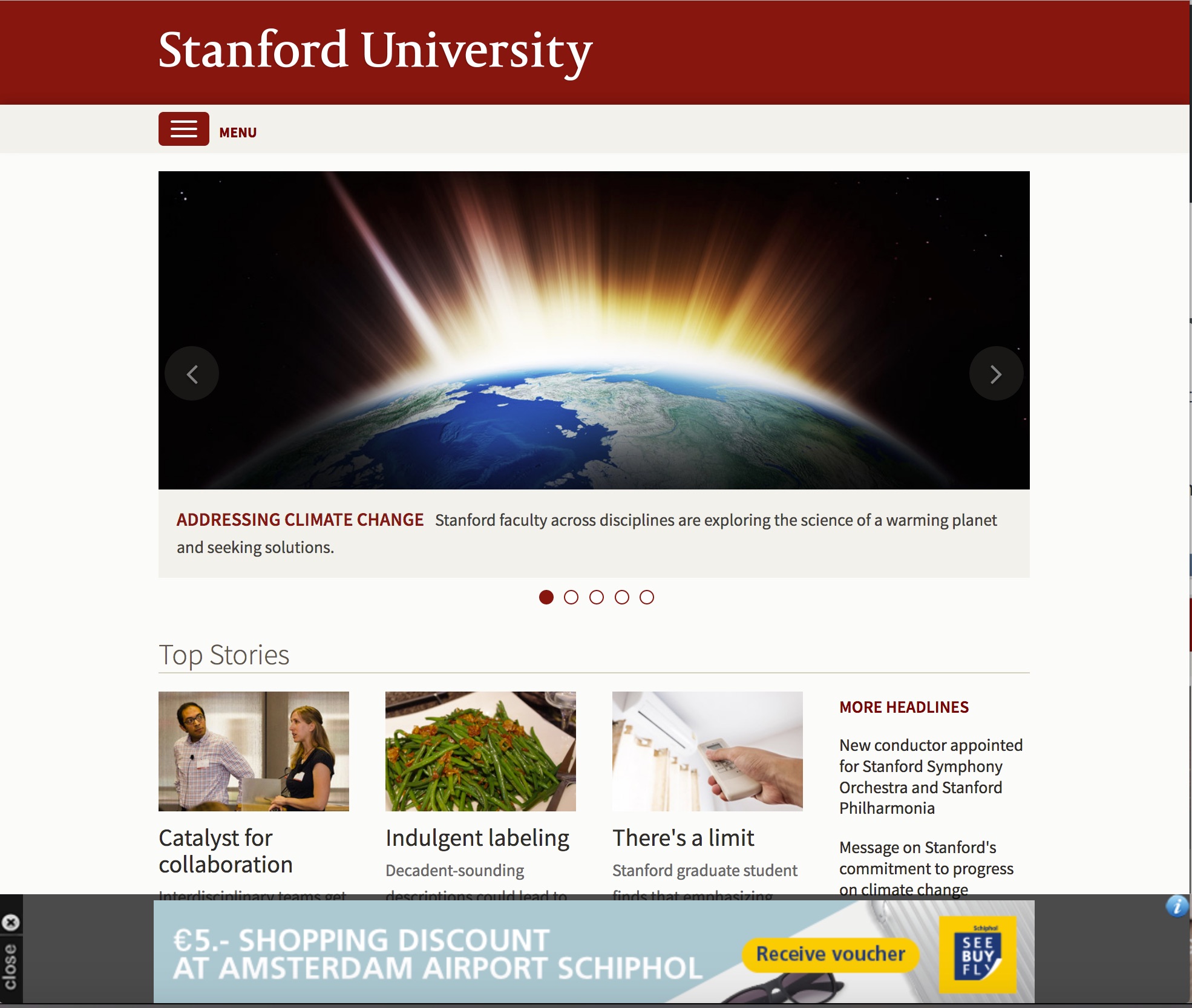 Some investigation indicated that this time the adverts were not injected via Google Analytics, but instead attached directly into the HTML content of the page. First at the top we have some injected CSS:

Then at the bottom we have the real payload, injected JavaScript code:

It appears this is the same type of advertising afflicting AT&T hotspots – information gleaned from Jonathan Meyer, whose website describing the issue is itself also affected by the Schipol adverts: 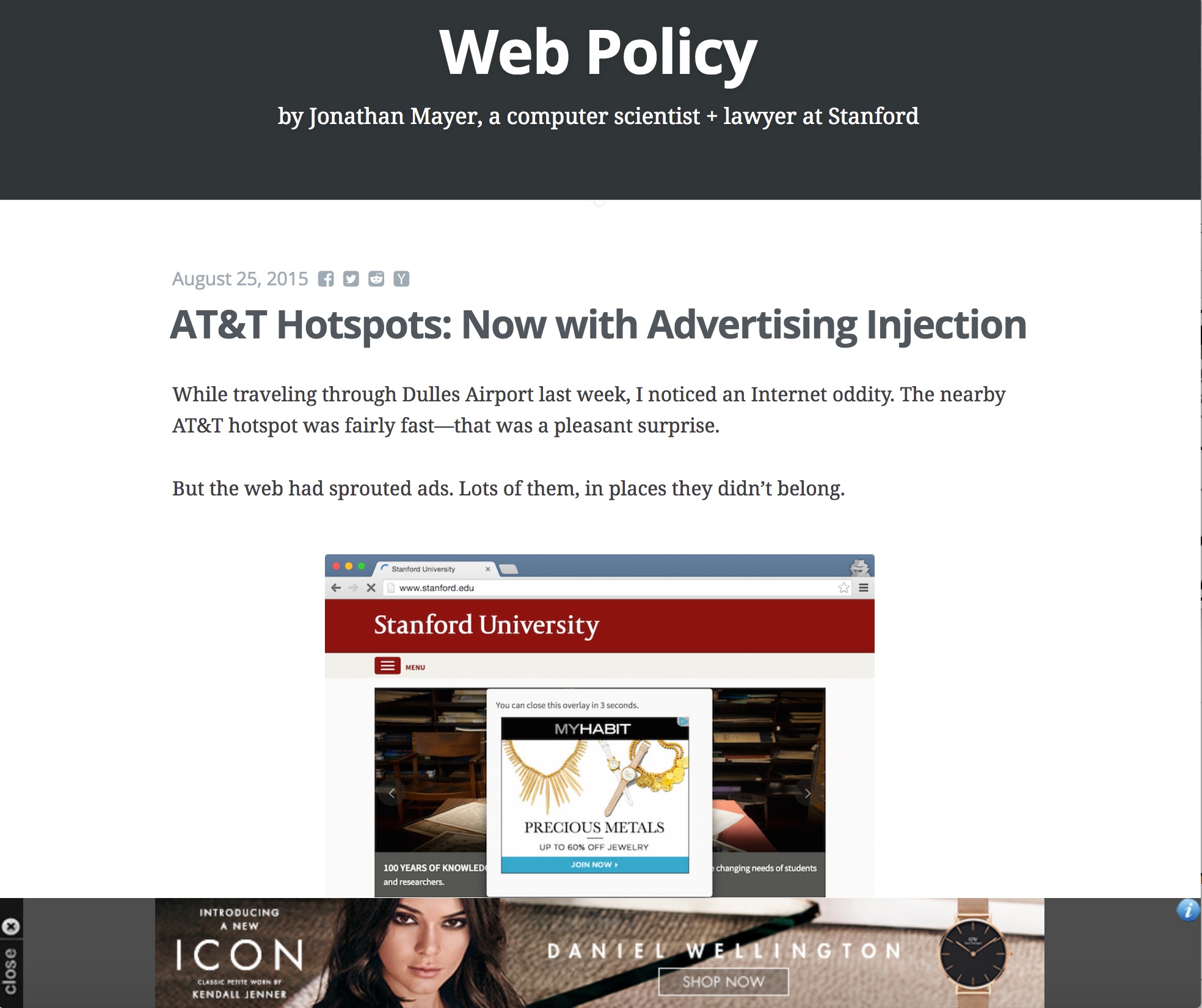 Again it seems that given the large scale involved, someone, somewhere – perhaps including a company called “RaGaPa” who seem to be responsible for the ads – is making quite a bit of money through unsavory and perhaps legally questionable means.

Just in case the adverts on their own are not spammy enough, the icon at the top right of the adverts link to the following explanation, casually noting that in addition to standard user tracking and user history ad serving, “You may also be redirected to sponsor’s websites or welcome pages at a set frequency”: 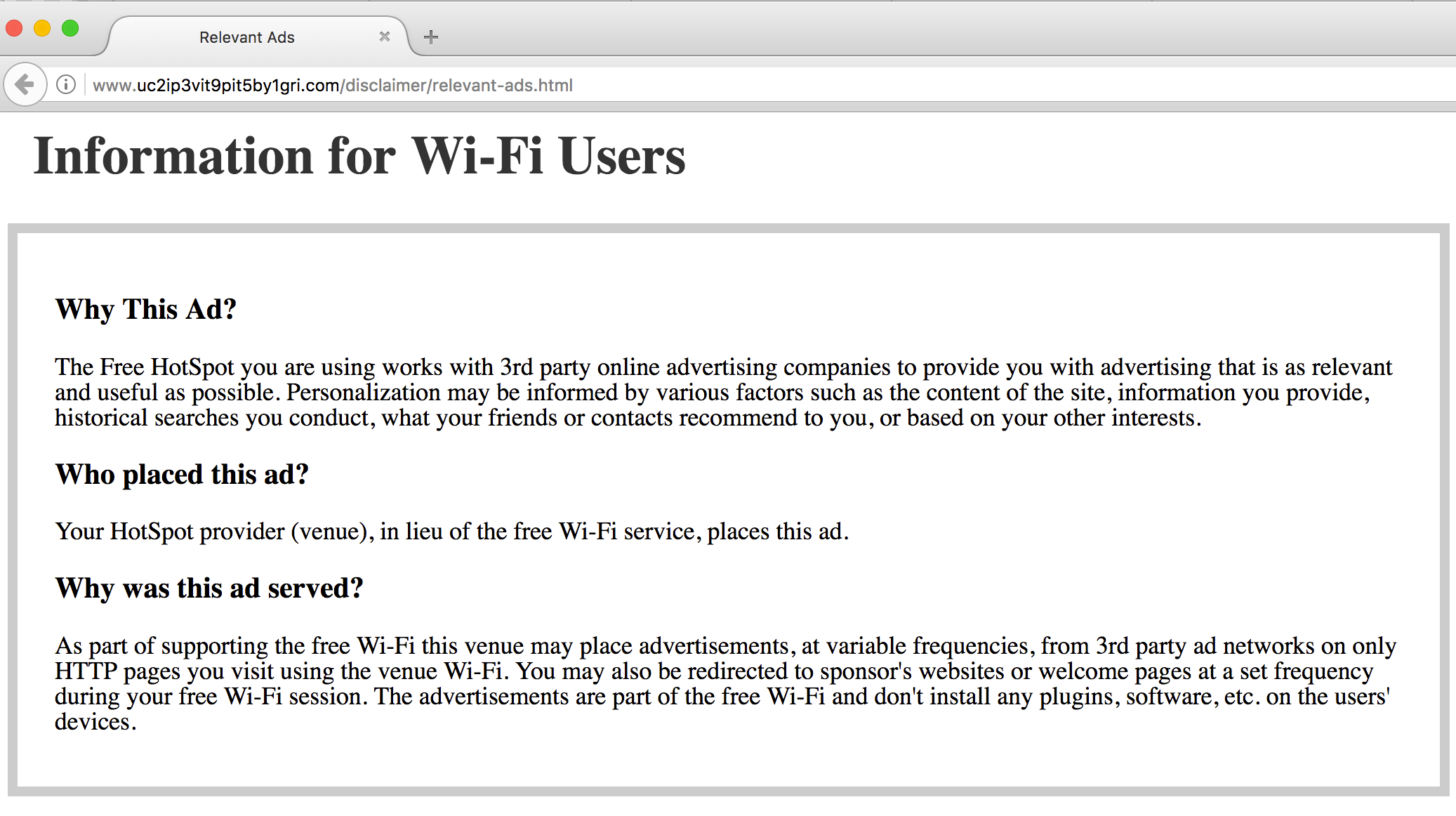 Perhaps the real take-home though is that HTTPS sites are, again, not affected by this: content injection of this type is not possible on sites served using HTTPS without defeating the certificate authority chain or sidestepping it with other kinds of trickery. Digital Sinology recently moved to HTTPS, so is not affected by this particular attack.

This entry was posted in Off topic. Bookmark the permalink.